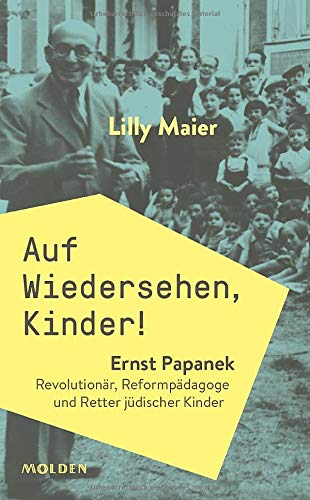 The young Viennese Ernst Papanek is a fervent socialist, passionate educator and unshakable optimist. Although he only narrowly escapes the henchmen of the Dollfuss regime and has to flew into exile after the February uprising in 1934, that does not change his political and social commitment. Shortly before the outbreak of World War II, Papanek becomes the director of four childrens homes in Montmorency near Paris for 283 Jewish refugee children from Germany and Austria. Within a few months, he succeeds in building an impressive educational system that is downright revolutionary for his time. In 1941, Papanek manages to bring the children to the United States and to save them from the Holocaust. In New York, he uses the same pedagogical approaches as before, and runs a school for delinquent youth for ten years. To this day, we can learn from his revolutionary methods of dealing with unaccompanied minor refugees. Lilly Maier's great biography returns the almost forgotten man to his rightful place in history.