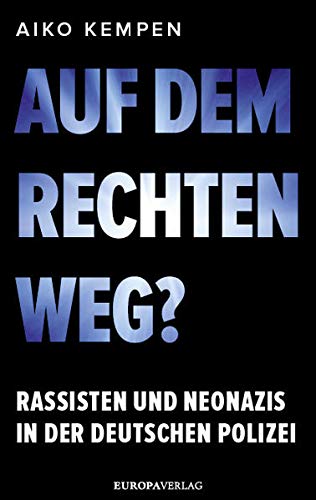 Police chats containing right-wing extremist content, racist abuses of suspects, illegal data queries, death threats against politicians and activists, hate speech against Muslims, unexplained deaths in detention cells, plus the accusation of being blind on the right eye during prosecution our law enforcement officers are out of control. If right-wing extremists and racists can feel as damn safe in the German police as they do at the moment, our rule of law is in danger.

But how right-wing is our police really? Aiko Kempen spoke to people who were victims of racist police violence. He interviewed current and former police officers, police researchers and trainers. The result is a critical inventory of the fragile state of our democratic constitutional state and its guardians. And Kempen makes it clear why it is so important to speak openly about right-wing and racist tendencies in the police – because they shake our society to its foundations and damage our rule of law in the long term.