Sexism: About Men, Power and #Women 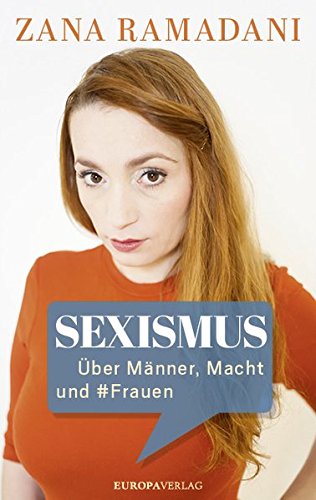 For weeks the #MeToo campaign has been setting off heated discussions. Triggered by US actress Alyssa Milano in mid-October, the hashtag calls for women to publicly report sexual harassment and rape incidents. Countless women worldwide have since admitted to having been sexually harassed in the past. Even bestselling author and feminist Zana Ramadani has experienced her share with German men - from explicit offers to assault by well-known political heavy weights. In her new book, she speaks plainly about the sexism of a lot of men, but also blasts some #feminists for their activism. Zana Ramadani makes it unmistakably clear: "Rape and other sexually-motivated attacks must be punished more severely." She warns however that that the debate not become one-sided in favor of women: "We cannot stone a senile old man’s every stupid saying to death. The tendency to stylize any failed compliment as sexual violence mocks the actual victims and slows down progress in the real problem areas of gender struggle, such as the equality of women in the working world." In her book, she appeals for a brutally honest discussion and stresses why women’s digital shitstorm is not enough and that men can also be victims of sexism.