The cry of silence: My life for freedom in Russia 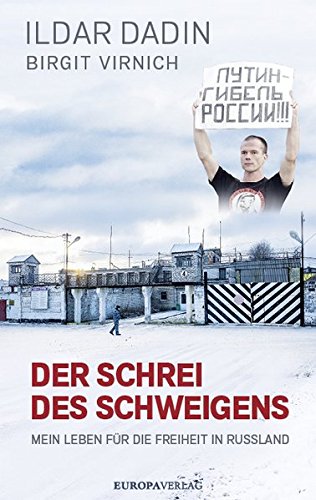 Again and again, Ildar Dadin's path leads to the Kremlin in 2014, where he silently but persistently holds a vigil against Russia’s aggressive foreign policy and the war in the Ukraine, holding self-painted placards saying "Putin - a shame for Russia" or "Kiev today - Moscow tomorrow " in his hands. It is a lonely protest, as in the wake of the Ukraine crisis, the Russian government banned even peaceful demonstrations. Dadin is arrested several times until the Russian judiciary makes a deterrent example out of the young man. Dadin is sentenced to three years in a camp in the infamous IK-7 penal colony, where Putin’s arch-enemy Michael Khodorkovsky was imprisoned. After months of systematic torture and on the brink of breaking, he manages to report about the conditions in the camp in a secret letter to his wife. Although putting his own life in the greatest of danger, he requests her to publish what he had written her. Soon after his prison notes appear on the Internet, the world press gets engaged in Dadin’s case. Encouraged by all the international support, the activist from Russia's most dreaded detention center files a lawsuit against his detention. And in February 2017, the unimaginable happens: Not only does Dadin force his release from imprisonment, but in addition the revision of the paragraph that put him behind bars a year earlier. In his eagerly awaited book, Ildar Dadin gives a detailed account of his martyrdom in the labor camp and gives profound insights into Russia's political situation and the appalling human rights situation in his home country.